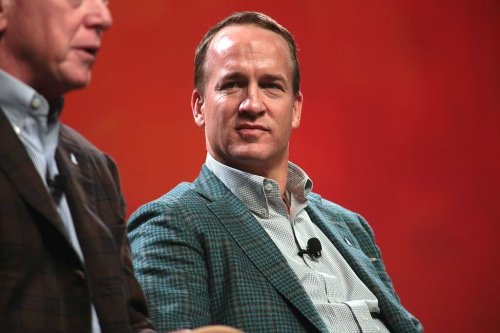 Do you own a franchise? If so, you’re bound to get several benefits from the arrangement. These include:

If you’re confused by that last point, it’s referring to the fact that Kanye owns a handful of Fatburger locations. Yep, he’s a card-carrying member of the franchise club, which means that you have more in common with him than you might have ever realized.

Celebrities often seek out franchise opportunities for the same reasons that you would. In some cases, they even start their own franchise empires (e.g., Kenny Rogers Roasters).

“It’s not a big secret that most celebrities venture into the business world on top of their profession in the limelight,” explains Franchise.com. “While many celebrities attempt to start their own businesses and brands, more celebrities are turning to franchise ownership to take advantage of brand-power and an operating playbook.”

There are roughly 750,000 franchise business locations in America, and more than a few of them are owned by folks we would dub celebrities. Let’s take a look at some of the most interesting examples:

As mentioned earlier, Kanye loves him some Fatburger. Plenty of rappers do. The affection between the restaurant and musicians has been covered many times over the years.

“Two of the most notable examples of Fatburger lyrical love come from none other than Ice Cube and Notorious B.I.G.,” says culinary expert Farley Elliot. “In Cube’s iconic It Was A Good Day, he raps ‘No helicopter lookin’ for a murder / Two in the mornin’, got the Fatburger / Even saw the lights of the Goodyear Blimp / And it read, Ice Cube’s a Pimp.” Biggie Smalls, for his part, couldn’t deny the allure of the burger when putting together his West Coast party anthem Goin’ Back to Cali, where he, uh, takes a date to a Fatburger.

Kanye opened a flagship Fatburger in a Chicago suburb and made it known that he would open 9 more locations. Unpredictable times have led to deviations from his master plan, but it seems likely that he’s still a major fan of both Fatburger and the franchise model.

If Kanye bought into the Fatburger franchise because he loved the food, does that mean Shaq owns more than a dozen Auntie Anne’s Pretzels because he loves pretzels? Shaq may have been a liability from the free-throw line during his NBA career, but he’s prolific when it comes to business. Believe it or not, he owns a staggering array of Five Guys, Auntie Anne’s, and 24-Hour Fitness locations across the nation.

There’s nothing better than sinking your teeth into a light-as-air doughnut that has just come off the conveyor belt at a Krispy Kreme. It seems that legendary musician Jimmy Buffett recognized the singularity of this event as well because he has bought into the Krispy Kreme empire and is working to spread the donut love in South Florida.

You may have seen Peyton Manning in various commercials for Papa John’s over the years. These appearances were more than cameos, however, because Manning is a vocal advocate for the brand and owns more than 20 locations.

When it came to choosing the locations for his pizza restaurants, Manning chose Colorado for a couple of reasons. For one, he finished his career with the Denver Broncos and helped bring a Super Bowl title to the state. Perhaps more importantly, he has suggested that the legalization of marijuana in Colorado has led to an uptick in demand for pizza. Now that’s some savvy entrepreneurship.

She’s one of the most dominant tennis players of all time, with 4 Olympic gold medals to her name. On top of that, she’s the proud owner of multiple Jamba Juice locations. Williams was drawn to the brand because it meshed with her vegan diet, then decided to become an ultimate fan by opening her own shops.

Earvin Johnson Jr. received the nickname “Magic” due to his uncanny abilities on the basketball court. He has approached entrepreneurship with the same intensity and now owns dozens of Burger King and 24-Hour Fitness locations. That’s a nice combo because you could go order a Whopper with fries and then work it all off on the ellipticals at the gym.

Which of these celebrity-owned franchises is most interesting to you? Would you prefer a burger joint or a doughnut shop? A gym or a pizza place? The great thing about the franchise model is that there’s absolutely something for everyone. Whether you have a big budget or are looking for a bargain option, there’s probably something available right now that could work for you.