How a Utah Chiropractor is Finding Success by Putting People First 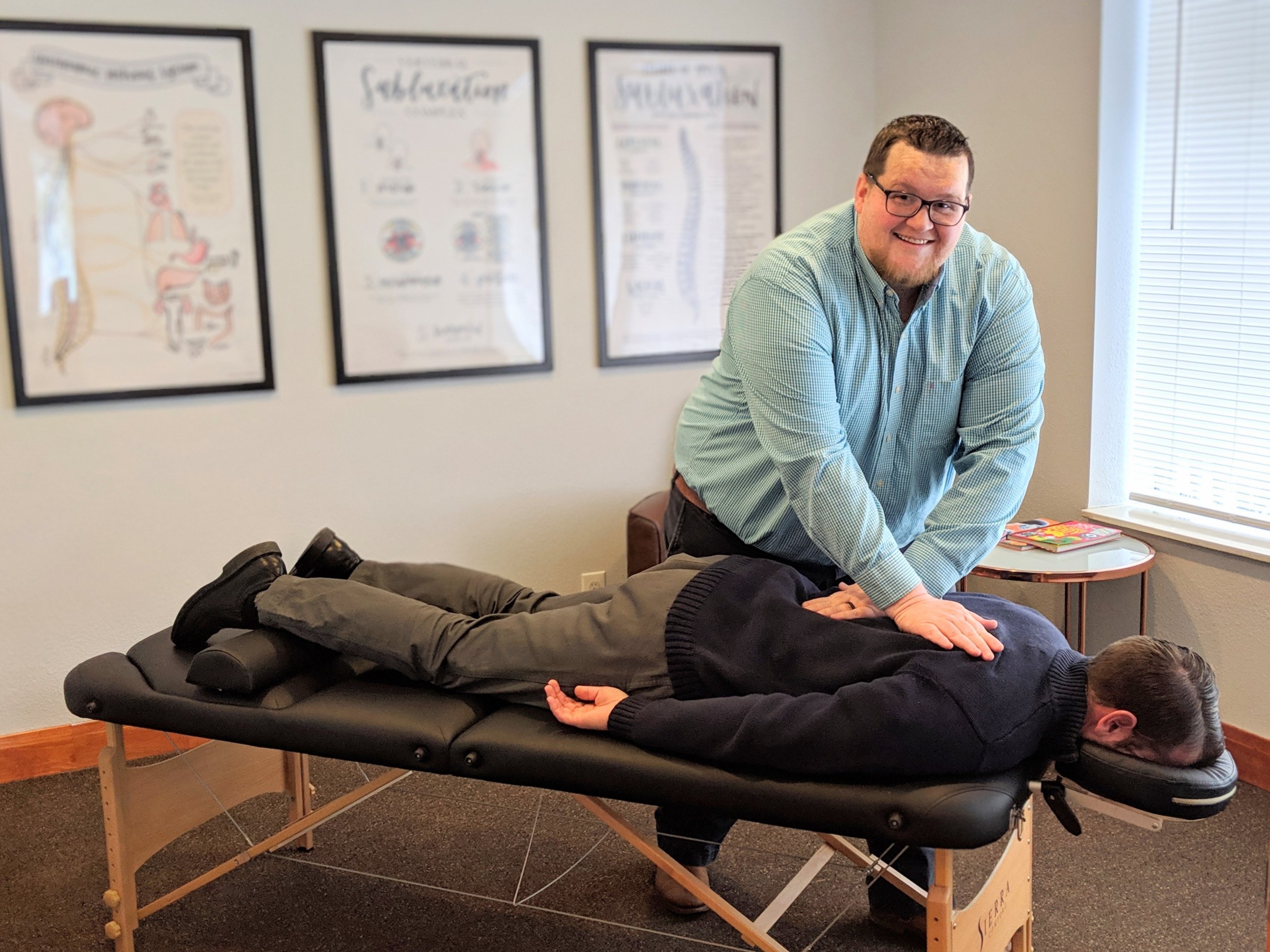 The desire to help others motivates thousands of people to enter the medical field every year, and Matt Jackson is no exception. But rather than build a career around medicine or writing out prescriptions, Matt found his passion in correcting biomechanical issues that affected people’s entire bodies.

After toying with the ideas of physical therapy and podiatry (which, for all our non-medicine enthusiasts, is the study and treatment of disorders in the feet and lower extremities), Matt settled on chiropractic and earned his doctoral degree from Parker University in Dallas, Texas. Prior to his graduation, he was voted to serve as student body president. He was also selected to work in the Jackson, Mississippi VA hospital alongside their staff chiropractor treating veterans from all over the Gulf states. Then, in May 2018, Matt made the brave decision to open his own practice and signed the lease on Elevation Chiropractic Center in Millcreek, Utah.

“It’s been an extremely hard and scary experience to start my own business. My wife and I signed the lease 2 days after getting engaged, so while we’ve had a blast as newlyweds, it hasn’t been a walk in the park figuring out all the challenges that come with self-employment.” That’s how Matt describes running his practice, and it comes as no surprise to anyone who knows just how much time, money, and sweat he’s invested.

To finance Elevation Chiropractic Center, Matt used the interest he’d been collecting on a 12-year-old banknote to pay cash for the highest quality chiropractic equipment and software he could find. But not even staying out of debt and keeping a low overhead has guaranteed Matt’s success.

“Salt Lake City is a very educated, professionally saturated market. I don’t think people can go 3 blocks without passing a chiropractor’s office.” That’s the reality of Matt’s competitive landscape, and it’s one that forces him to continually try and convince clients to choose Elevation Chiropractic Center over the practically dozens of other practices they pass by every day. “It’s a revolving door of new patients,” as Matt puts it. Clients looking for chiropractic work want to come into the office, have their issues resolved, and get out of there quickly while spending as little money as possible. As a result, Matt finds himself spending most of his time “constantly restock[ing] the pond.”

To be successful in attracting new clients, Matt prioritizes being genuine and putting people first. “I have new patients coming in currently that have been keeping an eye on my social media accounts for years and finally are in a place to come in, and the reason they come in is that they see how I give back to the community and focus on service first, sales second.”

And Matt isn’t joking about giving back to the community. Not only is he a member of the Millcreek Business Executive Council and the Murray Chamber of Commerce, but he’s also a board member of the Utah Community Autism Network and a regular guest lecturer at Utah Valley University.

He also uses his office to give back to the community as often as he can. He used his office anniversary party as a chance to collect and assemble 173 packages for the Granite School district. These packages ranged from women’s hygiene to weekend meal kits and trauma snack packs. In June 2019, he set aside a portion of his patient fees so he could write a check for $500 to a local title 1 school educator to purchase supplies and resources.

“Be involved in the community that you want to take care of and let them get to know you as a person,” says Matt, “It’ll make the sales conversation so easy when it comes time for that.”

The results of Matt’s community-focused business mindset speak for themselves. Matt takes pride in the fact that his one-man shop has been in the black since day 1, even though he’s had to do literally everything from vacuuming the office to balancing accounts in QuickBooks. He credits much of his success to his supportive wife and her commitment to the business, despite having her own full-time job.

The growth of his business has been exactly what he wanted, and 2020 is looking to be one of his best years yet with plans to expand with the opening of a satellite office. At the end of the day, Dr. Matt’s business model is fairly straightforward. “Treat the patient like I would want my wife to be treated. Focus on the individual and their needs, really hear them as a person, not as a customer.”