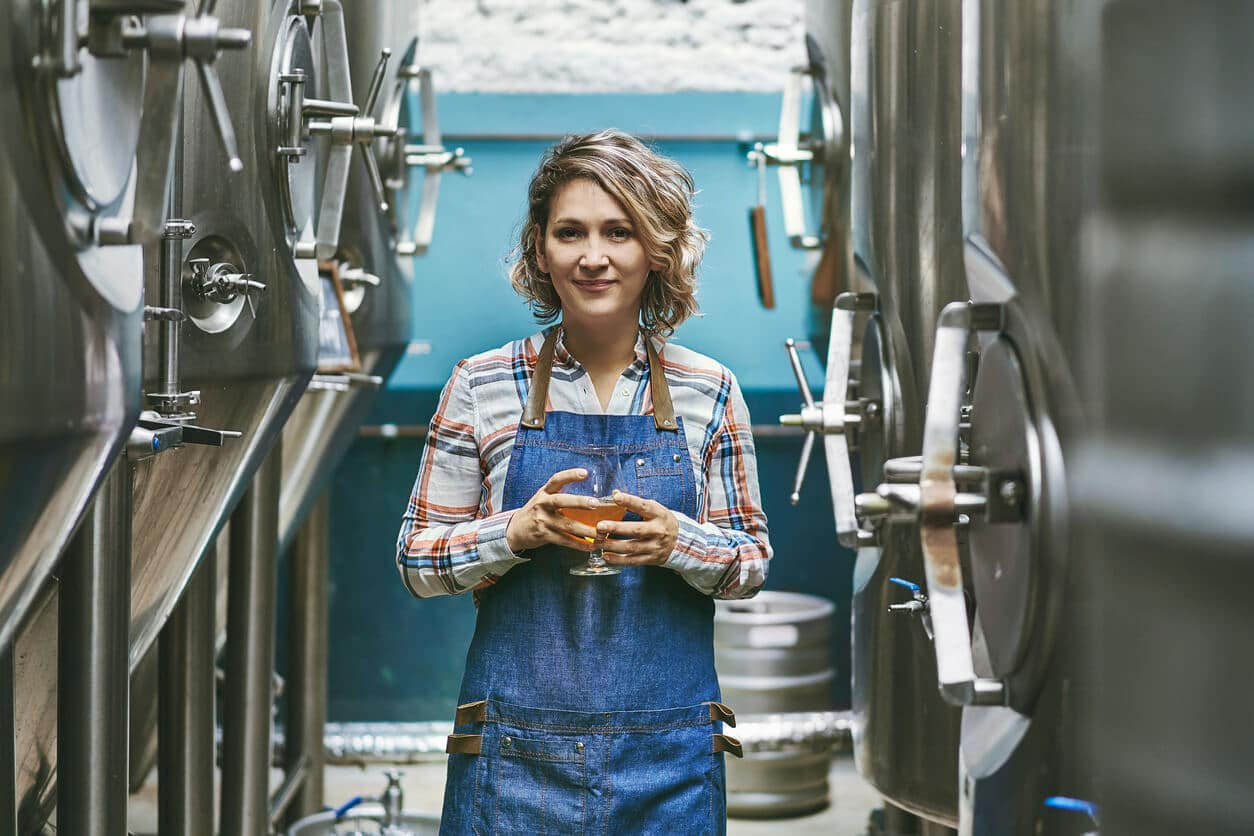 Just a few short years ago, the words “craft beer” didn’t mean much to anyone beyond true connoisseurs. Ordering a beer on tap meant choosing an option from only a handful of companies, regardless of where you went. That’s because brands as varied as Bud Light, Blue Moon, Rolling Rock, Miller Light, and Michelob Ultra are all owned by 2 companies: Anheuser-Busch or MillerCoors.

These same names—particularly Anheuser-Busch InBev, which owns Budweiser, Stella Artois, Corona, and Modelo, among others—represent 60% of the beer market today. While revenue for AB InBev declined due to COVID-19 this year (-17.7% in Q2), they’re still posting healthy profit margins.

These big brands controlled almost 90% of the global market back in 2012. Yet in the face of stiff competition from Goliath-sized companies with even larger marketing and advertising budgets, small breweries are thriving in 2020.

How have these small businesses taken back market share?

Today, ordering a beer at a bar (remember bars?) presents you with any number of options, influenced by your geography and the philosophy of the bartenders and staff. You’re just as likely to find names like Dogfish Head, Allagash, Harpoon, Odell, Bell’s, and Russian River on a beer and wine list as you are Budweiser.

The rise in craft beer drove this change, defined by the Brewers Association as small operations (6 million barrels of beer or fewer annually) and independently owned (less than 25% of the brewery is owned by a member of the beverage industry that’s not a brewer.)

“At the end of the day, the craft beer movement was driven by consumer demand,” Bart Watson of the Brewers Association told The Atlantic in 2017. “We’ve seen 3 main markers in the rise of craft beer—fuller flavor, greater variety, and more intense support for local businesses.”

But taste isn’t the only reason small breweries continue to grow. From 2008 to 2016, the number of breweries in the US sextupled, with their workforce nearly doubling—even during a time when beer consumption itself declined. But the best indicator of success? 76% of microbreweries opened since 1980 have stayed in business—a rate unheard of in the restaurant industry, which sees 59% of restaurants failing within 3 years.

And the industry’s still growing. 1,000 new breweries opened in 2019, bringing the total active number in the US to nearly 7,500. Here are 3 ways the best craft breweries have become successful:

Running a small business takes belief in yourself and your product, and craft breweries are no exception. Like any entrepreneurial endeavor, opening a brewery takes guts—and a willingness to make the leap into the unknown. “The biggest lesson I’ve learned is to trust my instincts,” Alix Peabody, founder of female-centric Bev, told Forbes. “It’s so important to surround yourself with experience, but at the end of the day, the vision is yours, and the choices are yours.”

COVID-19 has thrown a wrench in new operations, just one of many challenges facing small businesses today. “The COVID-19 pandemic has been a huge challenge for us as we worked toward our launch,” Caitlin Braam, the founder of Yonder Cider and The Source, told Forbes. “As a person who loves a good timeline and keeping to it, it’s been a challenge to hit our goals and marks due to something that is completely out of our control. It’s been a serious lesson in patience and being flexible.”

2. A Customer-Centric Approach to Taste

Craft beer isn’t just something to order on a menu—it’s part of an experience, with tasting rooms, restaurants, and hop-on-hop-off tours becoming destinations for locals and travelers alike. At many breweries, customers can taste new small batches, offer feedback, and participate in the process.

“Businesses that incorporate their consumers into the R&D process will find that’s a wonderful way to build loyalty because they take pride in being part of the decision,” said Sam Calagione, founder of popular craft brewery Dogfish Head. They trial every new batch within their Delaware brewpub before rolling it out nationally.

Just as important, brewery owners seek out flavors and styles that they can’t find in the market. “I wanted to create this product for moms like me,” Amy Wahlberg, founder of PRESS Premium Hard Seltzer, told Forbes. “Taking inspiration from my favorite pre-kids cocktail of choice, a vodka press, I turned my kitchen into a mixology lab. The hard seltzer category didn’t exist when I first began pitching PRESS to distributors and retailers.”

3. Small Breweries Supporting Each Other

Small breweries are partially successful because of their tight-knit community. “The craft brewing renaissance is part of the hippie dream of the ’70s, so I think there is some built-in idealism,” Caglione told CNBC. Whether it’s creating new custom flavors, cosponsoring community events, or partnering for more behind-the-scenes business collaboration—like banding together to switch operations to hand sanitizer at the beginning of the COVID-19 crisis—breweries take care of each other.

Breweries like Boston Beer Co., owner of the popular Samuel Adams range of beers in Boston, offer loans to other small businesses. “We’ve provided startup loans to over 30 craft brewers,” Jim Koch, Boston Beer Co.’s founder, told CNBC. “This is counterintuitive to most people. Why would you help your competition? Craft brewers help craft brewers because we believe…there is still so much room for craft beer to grow.”

“By and large,” says Calagione, “we all help each other and share ideas, do events, or make actual beers that are collaborative. It’s about the love of beer, not money.”

Passion for your product is only 1 ingredient for building a successful business like the top craft beer breweries in the country. Taking risks, listening to customers, and collaborating with other, similar companies is their recipe for success.