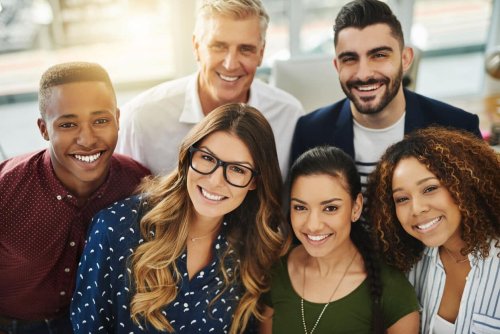 Toni Cooley, who cofounded Systems Electro Coating in Mississippi in 2001, is a great example of how a Black-owned small business can find partnerships with big business. For the past few years, Cooley’s business has been the sole provider of the frames used in all of Nissan’s trucks and SUVs built in the United States. In 2019, she was appointed to the board of directors of the Federal Reserve Bank of Atlanta’s New Orleans Branch, so her continued career will be one to watch.

The story of Eric Yuan, the Chinese-American founder and CEO of video conferencing giant Zoom, illustrates how to create a product that is accessible to consumers and then adapt to meet uncertain conditions, such as the coronavirus pandemic. Yuan reportedly got the idea for Zoom when he lived far away from his girlfriend (now wife) and wanted an easy-to-use program to video chat. Fast forward a few decades later, and a good portion of the global workforce is now familiar with his dream.

Chris Bennett is a Black serial entrepreneur and has founded a wide array of tech companies to serve different industries. He started in undergrad by founding LiquidBooks, a service aimed at other college students looking to sell their used textbooks online. Soldsie was launched in 2012 as a way to simplify e-commerce through social media. Bennett has now turned a lot of his attention toward education technology with Wonderschool, which allows teachers to start a digital school out of their homes.

Overall, every small business owner should be paying attention to what the National Minority Supplier Development Council (NMSDC) is up to because of how it analyzes and supports the American business landscape. NMSDC is committed to connecting minority-owned businesses with giant corporate partners. Adrienne Trimble, who became the leader of the organization in 2018, brought decades of experience with her after working as an executive focused on inclusion for Toyota Motor North America.

The leadership of Antonio Neri, the Argentinian-American CEO of Hewlett Packard Enterprise, is an example of how to keep a legacy brand relevant even as the business world is constantly shifting. Neri worked for Hewlett Packard since 1995 and continued at HPE after the company was spun off in 2015. He became CEO in 2018 and since then, he has launched a bevy of initiatives, both technological and cultural. Neri and HPE will be worth watching through the 2020s.

The story of CURLS Beauty Brand is one of someone taking a germ of a business idea and expanding it over the years into a nationally known brand. Mahisha Dellinger founded CURLS in 2002 because she was frustrated by the lack of options for her naturally curly hair. She found herself, and her business, at the forefront of a movement of Black women celebrating their natural hair. Now, CURLS is sold at retailers across the globe and Mahisha is an author, TV host, and business coach, as well as CEO.

Notah Begay III is a Native American and a member of the Navajo, San Felipe, and Isleta people. He was a professional golfer for several years, and in 2015, he founded KivaSun Foods, which sells various products made from bison meat. Bison, a tasty and healthy alternative to beef, has exploded in popularity in recent years. Begay’s journey shows how you can bring your values into your business and find wide-ranging success.

A “profit-for-good” corporation, Goodr is a technology company that helps companies reduce food waste while supporting vulnerable people in their communities. Founded by Jasmine Crowe in 2017, the company is a case study in how technology can be used to make the world a better place. Before founding the company, she used to cut coupons and shop for hours in order to make hundreds of meals per week for the hungry in Atlanta. She realized that food waste in the US is at spectacularly high levels and decided to do something about it, which resulted in Goodr. Now, with millions of people in the US worried about their employment situation, Goodr has stepped up to the task of utilizing technology to keep people fed.