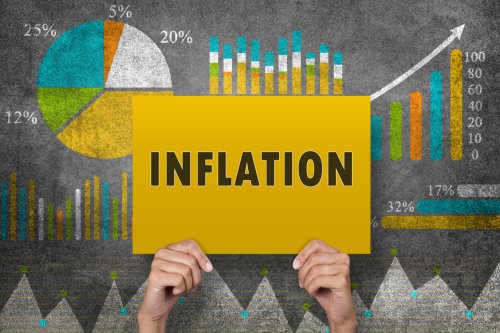 How Does Inflation Work?

“Inflation” is one of those economic terms Americans hear about from childhood onwards—but if quizzed on its exact definition, many might have a hard time coming up with the correct answer.

Most often, we probably think of inflation as the reason why goods cost more and wages are higher today than in the past. For example, you could buy a glass of beer for a nickel in the late 1800s, and the federal minimum wage in 1980 was just $3.10 per hour.

Inflation is also usually the answer to why the government can’t just print out more cash and simply hand it to everyone who wants some.

But to understand how inflation works and how it can impact your small business, it’s critical to look at the concept from several angles. Wages, supply, demand, and monetary supply all play a role in inflation.

“Inflation can be defined as the overall general upward price movement of goods and services in an economy,” according to the Department of Labor.

This upward trend is generally caused by 1 of 2 reasons: cost and demand.

Cost-push inflation is caused by the rising cost of producing goods and services. If the cost of labor, land, or raw materials go up, businesses will usually increase prices to maintain their profit margins.

On the other hand, demand-pull inflation is caused by an increase in demand. If demand exceeds production, inflation will likely occur because prices will rise.

While it’s not wise to overgeneralize economic trends, demand-pull inflation is sometimes thought of as “good” because it typically happens in an expanding economy with low unemployment.

When the national money supply, which includes cash as well as credit and loans, is overextended, a type of demand-pull inflation occurs. If there is too much money being produced for not enough goods, the price of goods will increase. This situation also lowers the value of the overproduced currency in comparison with other global currencies, causing import costs to rise and, in turn, causing overall prices to increase.

Overproduction of the money supply, in some cases, can lead to the extreme devaluing of currency. Famously, hyperinflation occurred in Germany following World War I and in Venezuela during the 2010s.

Because small businesses are less financially stable by their very nature, inflation has an outsized impact on smaller companies. Increasing your prices by just a few dollars can make you far less competitive. As a small business, your profit margins are likely very tight anyway.

Unfortunately, when it comes to macroeconomic forces like inflation, there is not much you can really do except for plan. When doing your long-term financial forecasting, you should think about both demand-pull and cost-push scenarios.

If your cost of production rises year after year or demand starts to overwhelm your supply, how much can you raise prices and still stay competitive?