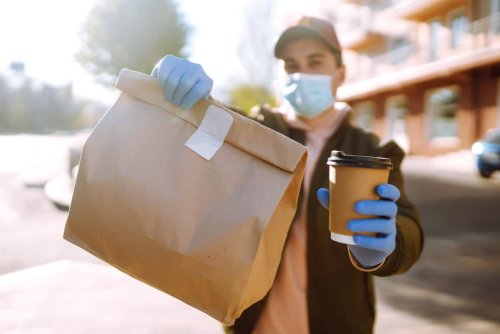 Want pizza? Order it, and it will arrive in 10 minutes. Want cacio e pepe with a dash of truffle butter and steak au poivre? You can order that, too.

Delivery used to be the domain of fast-casual restaurants—takeout-only joints like pizza, noodles, or burgers—but with regulations and lockdowns closing dining around the world, restaurants everywhere pivoted to takeout and delivery.

As restaurants around the country remained empty, delivery apps like DoorDash, UberEats, Grubhub, and Postmates raked in the cash in 2020, bringing in roughly $5.5 billion in combined revenue from April through September, twice as much as 2019. Market leader DoorDash likely has 50% market share, with 543 million total orders in the first 9 months of 2020—but has only recently seen a profit ($23 million in Q2). 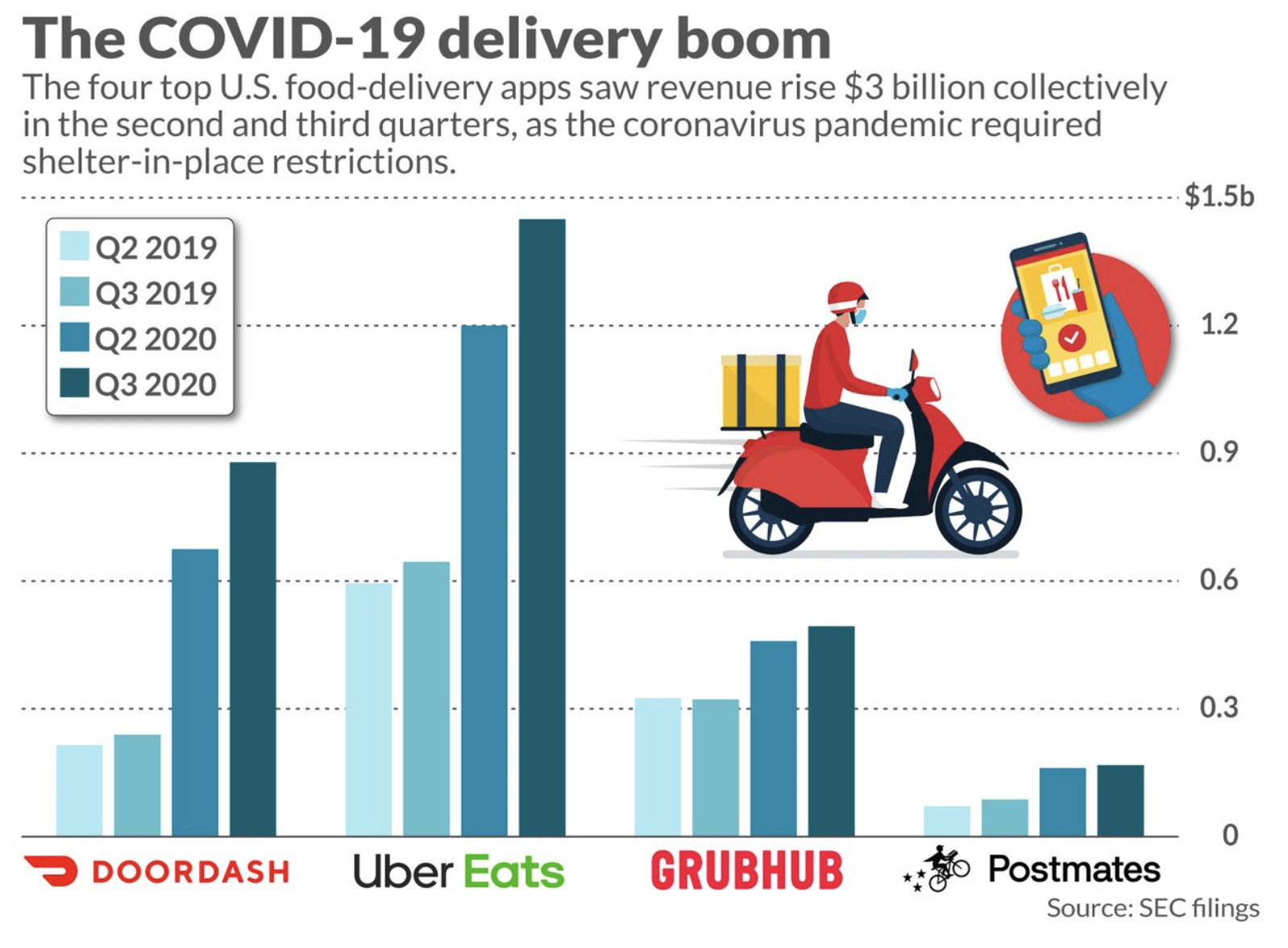 Source: “The Pandemic Has More Than Doubled Food-Delivery Apps’ Business. Now What?,” MarketWatch.

While delivery was once an afterthought, it’s now the heart and soul of a restaurant’s business.

On-demand ordering through a variety of platforms may be great for consumers, who can now order pretty much any food item and have it delivered to their door within 30 minutes. But for restaurants? Third-party delivery apps say they’re helping, but the bank statements tell a very different story.

“DoorDash says it has saved restaurants in the US, Canada, and Australia at least $120 million in commission fees during the pandemic and that its service has kept many restaurants in business. Grubhub likewise pointed to the $100 million it says it spent on helping restaurants, drivers, and diners from April to June,” writes Levi Sumagaysay for MarketWatch. “In the short term, many restaurants have little choice but to sign on with the apps.”

This kind of “better together” messaging has left many restaurant owners shaking their heads. There’s never been a tougher time to run a restaurant. “Restaurants and bars have lost over 2.4 million jobs since the start of the pandemic—far more than any other industry,” shares the Independent Restaurant Coalition in a statement. “This is the greatest net loss of jobs for these businesses since April, when restrictions were at their tightest. Unemployment in leisure and hospitality is 157% higher than the national average.”

Predatory practices like these are common and have elicited complaints for years—including deferring fees rather than waiving them during the pandemic, “forgetting” to pay drivers, buying up domain names and selling them back to restaurants, and setting up delivery-only phone numbers that charge commission each time the number is dialed.

So, what’s a restaurant owner to do?

One way restaurant owners are taking on third-party delivery is completely changing the definition of “restaurant.”

Some restaurant owners are using ghost kitchens to try out multiple “virtual” brands, trying to hit on the best one. “By having multiple brands, we own a greater portion of digital real estate,” Aaron Noveshen, CEO of the Culinary Edge consulting firm and founder of Starbird Chicken, told Eater. Starbird operates several brick-and-mortar locations along with 5 virtual brands specializing in 1 type of chicken dish. “[With] 5 brands on an Uber Eats or a DoorDash, we can target a consumer who’s looking for a more specialized product. We can make that site highlight a full menu category.”

Even Food Network star Guy Fieri is getting in on the action. His new chain, Flavortown Kitchens, has outlets in 24 states attached to existing Buca di Beppo, Bertucci’s, Brio, and other restaurants associated with restaurateur Robert Earl of Planet Hollywood fame.

Third-Party Delivery Is Here to Stay

Major cities like New York City, San Francisco, and Los Angeles have capped fees at 15%, but the tide of demand for delivery won’t slow down anytime soon.

35% of respondents to a January 2021 Washington State University survey said they would dine in a sit-down restaurant within the next 30 days, but the majority of respondents would delay dining out until they feel more comfortable, with 10% saying they would wait another 3 months before going, even if restaurants were open.

While someday indoor dining will return in full force, it’s unlikely that the benefits of on-demand ordering will cause a significant drop. That’s an opportunity for restaurant owners to optimize their operations:

The road to recovery won’t be easy. But on-demand ordering isn’t going anywhere—the time is now for restaurants to refocus their efforts on takeout and delivery.