Even though small businesses may seem to be local affairs in the public imagination, the majority of small business owners are thinking globally, according to the FedEx Trade Index published in October.

The survey—the fifth conducted by the shipping company—tracks how small businesses are doing business on the international level.

The researchers found that most small business owners in the United States support increasing international trade, feel impacted by tariffs, and sell goods or services online around the planet. The Index has important lessons for small business owners, consumers, and policymakers alike.

FedEx worked with analyst firm Morning Consult to survey more than 1,000 small business leaders in the US in September 2019. Those surveyed included small business owners and executives at companies with between 2 and 500 employees.

FedEx, one of the largest shipping companies in the world, is definitely interested in how small businesses conduct business internationally. Because the barrier to entry to operate an e-commerce company has become so surmountable, small business shipping is a key element of FedEx’s future.

“FedEx knows that simplifying and expanding global trade is essential to our customers’ success,” Brie Carere, the chief marketing and communications officer at FedEx, said in a press release.

The survey found that more than 4 in 5 US small business leaders, a total of 82%, say that increasing trade between the US and other countries will improve the economy in general.

A similar percentage (81%) of small business leaders said that increasing international trade will create more opportunities and jobs. On a more personal level, 65% of those surveyed agreed with the statement, “increasing trade between the US and other countries will improve the business prospects for businesses like mine.”

These sentiments echo thoughts shared by many economists. The World Bank says that open, rules-based, multilateral trade is beneficial to the general economy. While opening up trade is not without its critics, it appears most small business owners think increased trade is crucial for them and the economy.

The survey found that 73% of small business leaders thought that international trade was key to growing and expanding the economy of the US. They also think that trade is crucial for increasing the number of jobs at home.

About 74% of small businesses said that increasing trade and business opportunities between the US and customers in foreign countries will result in increased job growth in the US. Almost a quarter of those surveyed think that increased international trade is a “significant” driver of job growth at home.

Thinking about how global trade affects their companies, small business owners have more complicated thoughts. A sizable majority (56%) of small business leaders in the US said that increasing trade between the US and other nations will specifically help their company.

Small businesses were widely supportive of the North American Free Trade Agreement (NAFTA), the landmark trade agreement between the US, Canada, and Mexico that was adopted in 1994.

FedEx found that 79% of small business managers in the US support NAFTA, with 30% saying that they strongly support the agreement. President Donald Trump has sought to replace NAFTA with the United States–Mexico–Canada Agreement (USMCA), which has been ratified but not yet signed. About 84% of small businesses said they supported USMCA, with 31% saying they strongly support it.

Small businesses are increasingly worried about tariffs, FedEx found, especially since 2018 when President Trump has pushed for increased tariffs on goods imported from China, the European Union, and elsewhere. Many of these countries, like China, have launched retaliatory tariffs on US goods, and it seems small businesses are feeling squeezed.

“The results of the latest FedEx Trade Index confirm the negative impact of tariffs on small business growth,” Carere continued. “We believe everyone benefits when it’s easier to bring new ideas and products to the global market. Breaking down trade barriers is essential to creating new opportunities for our small business customers.” 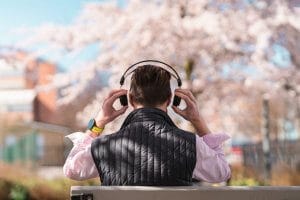