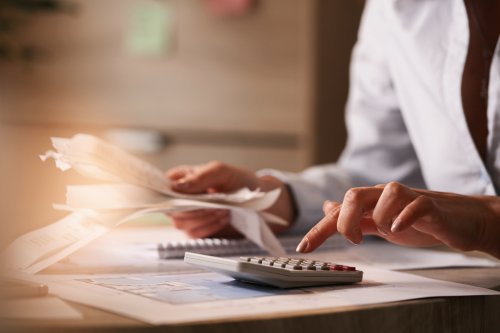 What to Know About Taxes for Subsidiary Companies

The first thing to know about subsidiary companies is that they can offer tax advantages. In this rocky business environment where financial strain has forced more than a few small businesses to permanently close their doors, any positive tax news should be greeted with open arms.

But before we get into those details, let’s back up and look at what defines these companies. A subsidiary is a company that belongs to a separate company that controls more than half of the subsidiary’s stock. The company holding the controlling interest is known as the parent company (aka the holding company).

Basically, if more than half of your company’s equity is controlled by a separate company, you are likely a subsidiary. In this arrangement, the parent company plays a key role. They help elect the board of directors for the subsidiary and can exert influence on multiple aspects of the business operations.

“Subsidiaries are common in some industries, particularly real estate,” explains a report from The Balance Small Business. “A company that owns real estate and has several properties with apartments for rent may form an overall holding company, with each property as a subsidiary. The rationale for doing this is to protect the assets of the various properties from each other’s liabilities. For example, if Company A owns Companies B, C, and D (each a property) and Company D is sued, the other companies can not be held liable for the actions of Company D.”

Now let’s look at some of the tax implications for subsidiaries. Because a subsidiary is a separate legal entity, it must often do all the things that a normal business would. This includes maintaining financial records, recording all liabilities and assets, filing tax returns, and paying income taxes. This level of independence is noteworthy because it opens the door for financial benefits for the parent company. For example, if a parent company in Canada owns a subsidiary based in Germany, the subsidiary might pay taxes on its profits according to the laws of Germany rather than lumping its financials together with the parent company and paying in Canada. This dynamic can often provide tax benefits for the parent company.

Similar tax savings might also be available at the state level. For example, let’s say a parent company in California wanted to use a new trademark. If the trademark taxes were particularly high in the Golden State, the company might create a subsidiary in Wyoming in order to take advantage of that state’s more favorable tax rates.

This is not to say that the financials of subsidiaries and their parent companies are completely separate. There are times when a parent company will consolidate things in order to save money.

“However, many public companies file consolidated financial statements, including the balance sheet and income statement, showing the parent and all subsidiaries combined,” says The Balance Small Business. “And if a parent company owns 80% or more of shares and voting rights for its subsidiaries, it can submit a consolidated income tax return that can take advantage of offsetting the profits of one subsidiary with losses from another. Each subsidiary must consent to being included in this consolidated tax return by filing IRS Form 1122.4.”

As you can imagine, it’s complex and burdensome to manage the accounting for multiple companies. Add in the tax element and things get even more difficult. For this reason, the owners of parent companies and subsidiaries should always invest in the services of a reliable and trusted accountant. Additionally, they should consult with attorneys in order to understand and adhere to all relevant laws.

It’s understandable that some business owners might balk at the idea of paying for accounting and legal help. After all, the price tag is never cheap for quality advice. But it’s a wise investment that will help them maximize the unique financial benefits of their business structure. Failing to do this would be like owning a high-performance sports car but never learning how to shift into its 2 fastest gears.

Subsidiary corporations also need to ensure that their day-to-day bookkeeping is consistent and accurate. It’s a best practice to use bookkeeping software that can automate recurring tasks and help to ensure tax compliance. This proactive approach to your finances will save you time, hassles, and money.

Did you know your company’s tax preparation could feel as good as a day at the spa? With Lendio, it does.
Get Started

The information provided in this post does not, and is not intended to, constitute tax advice; instead, all information, content, and materials available in this post are for general informational purposes only. Readers of this post should contact their tax professional to obtain advice with respect to any particular tax matter.