Home Don't Use What We Can Learn From Clara Brown

What We Can Learn From Clara Brown 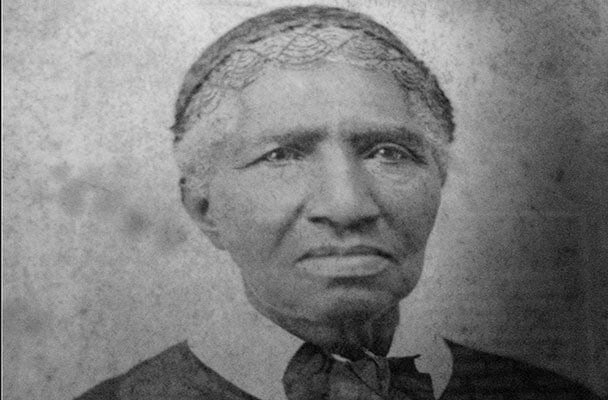 Clara Brown was born a slave in Virginia and later became an entrepreneur, investor, and philanthropist—and she is considered the first Black woman in the Colorado Gold Rush. Born into slavery in Fredericksburg, VA, in 1803, Brown was sold to another slave owner in Kentucky, married a fellow slave, and had 4 children. However, her husband and children were sold to separate slave owners.

Although she endured unimaginable cruelties, Brown’s entrepreneurial ability allowed her to flourish later in life, and she was one of the 100 most influential women in the history of Colorado. These are some of the lessons we can learn from Brown.

The Colorado Gold Rush started shortly after Brown was freed from slavery. Recognizing that her employment prospects were slim-to-none in the slave states, she decided to travel to Colorado and served as a cook on a wagon train traveling 700 miles from where she’d spent the last 20 years of her life.

Brown didn’t know what to expect on the journey or once she arrived in the mining town, where she wouldn’t know anyone. Achieving success as an entrepreneur may often require you to leave a familiar place and venture into the unknown. Sometimes, you’ll need to step out on faith and take chances to make your dreams a reality.

Brown was 56 years old when her owner freed her. Even though she’d spent her entire life up to that point as a slave, Brown knew that it was not too late to start living life on her own terms, so she set off to become an entrepreneur at a time when many people would consider themselves too old to start over.

Although Brown served as a cook on a wagon train, she had other plans once she arrived in Colorado. Brown set up the first laundry in Gilpin County, saving the profits from her business and investing in real estate (both houses and mining properties). Her properties were worth around $10,000, which would be the equivalent of $1 million today.

Brown had an essential trait: the ability to cultivate adaptability. She cooked as a way to pay for transporting herself—and her laundry pots—to her desired location. She set up the first laundry in Cherry Creek, and 6 months later, she left to set up another location in Central City. She followed the mining boom and moved when it was expedient to do so. Brown also worked as a midwife, nursemaid, and cook. While you don’t need to be a jack of all trades, sometimes, it’s beneficial to have more than one skill and to resist the urge to put all of your eggs in one basket.

There Will Always Be Obstacles

At the same time that Brown was establishing and cultivating her businesses, she was also searching for her husband and children who were sold to other slave owners. In fact, she offered the money that she earned in exchange for news and leads regarding their whereabouts. Unfortunately, her husband died, and she never located her son. One daughter drowned when she was a child, but Brown was eventually able to find her remaining daughter, who, by this time, was 56 years old.

Despite the heartaches she experienced, Brown still had the strength and determination to focus and be successful in her business endeavors. Often, we wait for the perfect situation to start and nurture a business, but Brown shows us the importance of pushing through regardless of what else is going on.

Don’t Be Limited by Limitations

When you start doubting your abilities, remember that Brown was a former slave. She had no formal education. Brown didn’t have the benefit of reading books or connecting to the internet to gain advice and insight. But she did have drive and determination.

Regardless of your obstacles, surely they don’t compare to Brown’s scenario. If she could overcome her limitations, hopefully, it will inspire you to do the same. If you need even more inspiration, Madam CJ Walker, the first Black self-made millionaire in America, is another example of someone who overcame similar obstacles to achieve extraordinary success.

Helping Others Is Your Ultimate Goal

Brown became an entrepreneur to create a better life for herself and to find and help her family members. But along the way, she was also known for feeding, housing, and providing medical assistance to others in her community. She also helped freed slaves to settle in Colorado, gave freely to charities, and established Colorado’s first Protestant Church. She also supported young women attending Oberlin College (which was the first school to admit women and one of the very few schools at that time to admit Black students).

Truly successful business owners want to do more than just amass profits from the community—they also want to give back to the community.