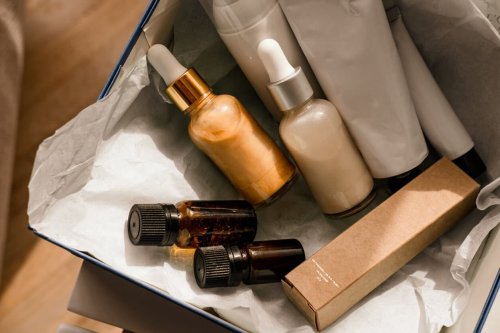 What We Can Learn From Madam CJ Walker

Madam CJ Walker was the first woman (of any race) to become a self-made millionaire in America. A Black woman born just 2 years after the Civil War ended, she was the only of her parents’ children not born into slavery, although she spent her early years on a cotton plantation near Delta, Louisiana. Orphaned at the age of 7, married at the age of 14, and widowed with a child by the age of 21, her life was anything but easy. However, Walker (born Sarah Breedlove) lived an extraordinary life, and we can learn numerous business principles from Madam CJ Walker.

Many of the most successful business ventures are not the result of an elaborate pie-in-the-sky concept but a desire to solve a basic problem. For Walker, that problem was a scalp disorder that resulted in hair loss. This led her to experiment with various remedies in search of a solution. If there’s a problem that affects you, it’s safe to assume that there are other people–perhaps thousands or even millions–who also have that same problem and would be willing to pay for a viable solution.

After moving to St. Louis, Missouri in 1887, Walker worked as a washerwoman, earning a paltry $1.50 per day. However, she attended night school to further her education, and in 1905, she was hired to sell hair care products for Annie Turnbo Malone, a successful Black business owner. Walker took this opportunity to learn everything she could about the Black hair care business. Then, she took a job working for a pharmacist, and although she worked as a cook, she learned enough chemistry to create a balm for baldness.

Some people have an idea and immediately want to jump in and become entrepreneurs–with no practical business knowledge or industry experience. However, spending some time working for other successful business people can be an opportunity for you to learn the ropes and avoid the mistakes that they made.

Surround Yourself With People Who Can Help You

Walker’s third husband, Charles J. Walker, had advertising experience. As her business began to grow, he was instrumental in helping her with advertising, marketing, and also handling mail orders. Later, she also trained her daughter to help with the business.

Friends, family members, and other individuals can often provide the type of insight and help that can propel your business forward.

Go Where the Demand Is

It’s tempting to adopt an “if I built it, they will come” mentality. However, it’s usually necessary to go where the demand is. Walker advertised hair care products for Black people, but she didn’t stop there. In 1907, she and her 3rd husband traveled throughout the South and Southeast to demonstrate how her hair care products worked. Around this time, there was a high concentration of Black women in these areas, but as you’ll see later, she was always willing to make strategic moves.

While married to her 3rd husband, she changed her name from Sarah Walker to the more distinguished-sounding “Madam” CJ Walker. According to an article by Henry Louis Gates, Jr., “Walker’s brand, with the ‘Madam’ in front, had the advantage of French cache, while defying many white people’s tendency to refer to Black women by their first names, or, worse, as ‘Auntie.’”

She also developed a term, the “Walker system,” to describe her line of homemade products and referred to her saleswomen as “beauty culturalists.” In addition, Walker would use her own photo on many of her products. All of these decisions helped to establish the authenticity of her brand. One of her many products was Wonderful Hair Grower, and if you’re trying to convince potential customers that this is such a fantastic product, it greatly helps if they can see who you are and how it works on your hair.

Walker lived long before the days of Amazon, and she was wildly successful in selling her products to loyal customers. However, she had much bigger dreams. In 1908, she opened both a beauty school and a factory in Pittsburgh, and 2 years later, she decided to move the national headquarters to Indianapolis to take advantage of railroads that could be used to help with distribution efforts. At that time, as a result of Black people migrating from the south, the city also had a large Black population. At one point, Walker had over 3,000 employees.

Give Back to the Community

Known not only for her business acuity, Walker was also recognized and loved in the community for her philanthropic efforts. From creating college scholarships for Black women at Tuskegee Institute and Bethune-Cookman University to raising money to create a YMCA branch in the Black section of Indianapolis, she consistently gave back to the community.

And this included her community of employees. The National Beauty Culturists and Benevolent Association of Madam CJ Walker Agents was designed not only to help her employees become better workers—the organization also instructed women on how to create their own companies so they could achieve the type of success that she did.