3 Tips to Win Over Your Staff With Science 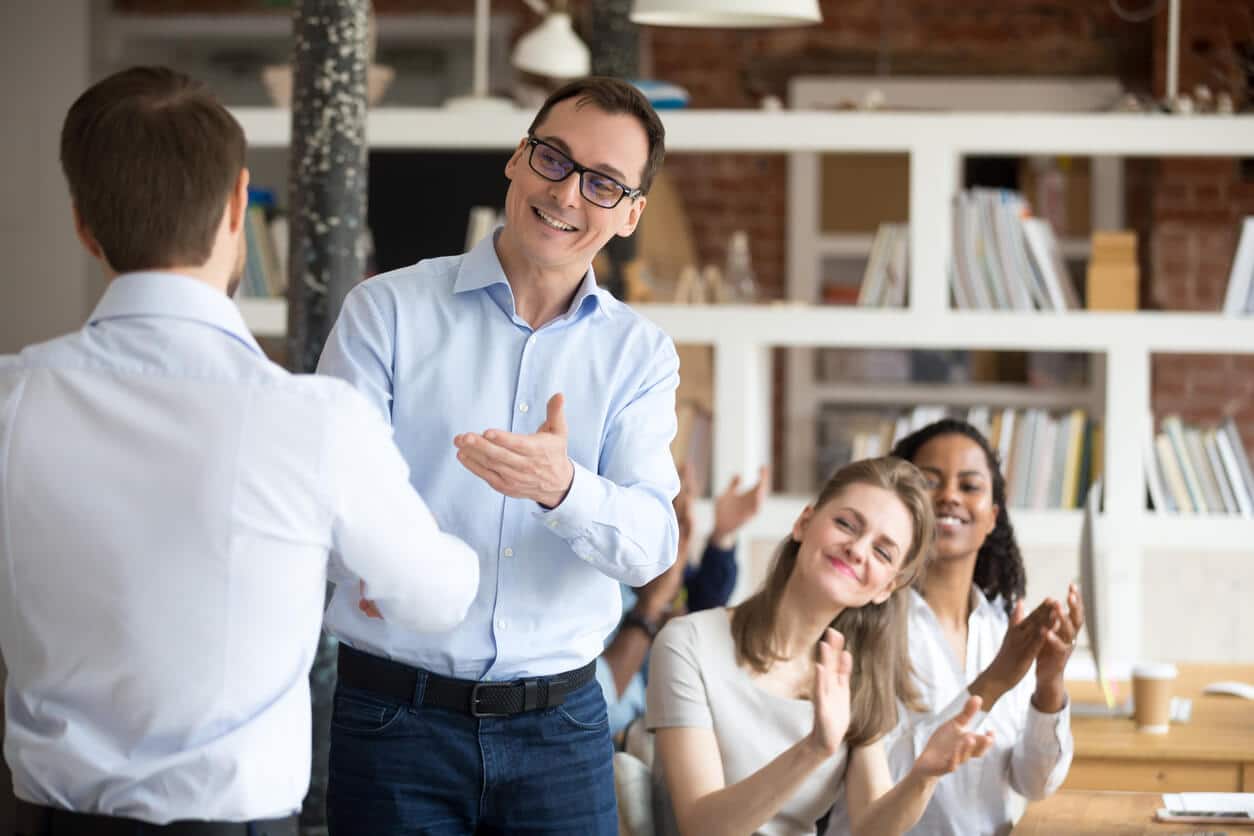 As a manager, you want a cohesive team that accomplishes big goals. You know the usual advice—hire the right employees, don’t micro-manage, and set a shared vision. You also know it’s easier to get work accomplished when your staff likes you.

But does it ever feel like your team tolerates you rather than likes you? Do you sense that if your team was asked if they’d enjoy having the boss at a family dinner that the answer would be a resounding “no”?

If so, then try these 3 scientifically-proven methods for ratcheting up your likeability quotient in the workplace.

1. Realize That Imitation Is the Best Form of Flattery

Grandma used to say, “Don’t stick out like a sore thumb.” That’s not bad business advice when interacting with your staff, as science has proven that your likeability rating increases when you mimic others.

The scientific term for this is the chameleon effect. In a study conducted at New York University, Chartrand and Bargh said: “The chameleon effect refers to nonconscious mimicry of the postures, mannerisms, facial expressions, and other behaviors of one’s interaction partners, such that one’s behavior passively and unintentionally changes to match that of others in one’s current social environment.” They performed 3 experiments that demonstrated:

You can use this knowledge to make a conscious effort to imitate your staff when you interact. Mirroring goes beyond physical gestures—such as leaning forward when the other person does. It also includes directly facing an individual and using the same voice cadence, volume, and tone. Of course, you don’t want to be insincere, creepy, or completely unnatural (e.g., don’t stroke your beard or twirl your hair to build rapport).

Following that line of thought, consider how your mannerisms and attitude impact your staff. A negative outlook from you could infect the energy of your entire team and make you less likable. Who would you like more—Eeyore or Tigger? Most people, including your staff, would choose the energetic, upbeat tiger over the gloomy donkey.

Even with a remote team, you can help invoke the chameleon effect by:

Grandma was right. Those phrases—”If you don’t have something nice to say, then don’t say anything at all” and “Find the good in people”—are more than soundbites.

Your words have power and scientists proved it in a study: “Spontaneous trait transference occurs when communicators are perceived as possessing the very traits they describe in others.” In layman terms—the words you use to describe other people are the same qualities people attribute to you.

Describe a staff member as “detail-focused and dedicated” and your listener will think the same of you. But, if instead, you say the teammate is “nitpicky and has tunnel-vision,” then your staff probably won’t perceive you in a positive light.

So use kind, complimentary words when describing others to change the lens people view you through. That seems reasonable but how can you implement it? Try these tips:

Another science-based technique to increase your likability is the similarity-attraction effect. This is “the widespread tendency of people to be attracted to others who are similar to themselves in important respects.” Or, as Grandma used to say, “Birds of a feather flock together.”

Consider the dead silence in the room as you and your teammate Bob wait on others to join the meeting. Bob spent the weekend hunting while you focused on perfecting the latest vegan dish. Finding some topic of interest that you and Bob share could fill that void and help create a personal connection.

Humans tend to like sameness. It doesn’t have to be a physical similarity—like-behaviors or similar interests can work, too. Common ground might be as simple as commiserating about the impact of yesterday’s internet outage or chatting about rising gasoline prices.

If you find what’s similar between you and each of your staff members, then the likability factor for both sides of the human equation increases. Sure, having a shared vision for a project or a team mission can give you common ground, but your staff needs to see you as someone who they have something in common with other than work. This doesn’t mean you have to share every detail of your personal life, but rather make an effort to find a unique connection with each of your staff members.

HR policies and advice exist for a reason. Having clear goals, setting a vision, being transparent—all that is needed to have a well-oiled team. But having a staff that likes you will help power all the other advice. Based on the science behind likability, it looks like Grandma knew best after all.