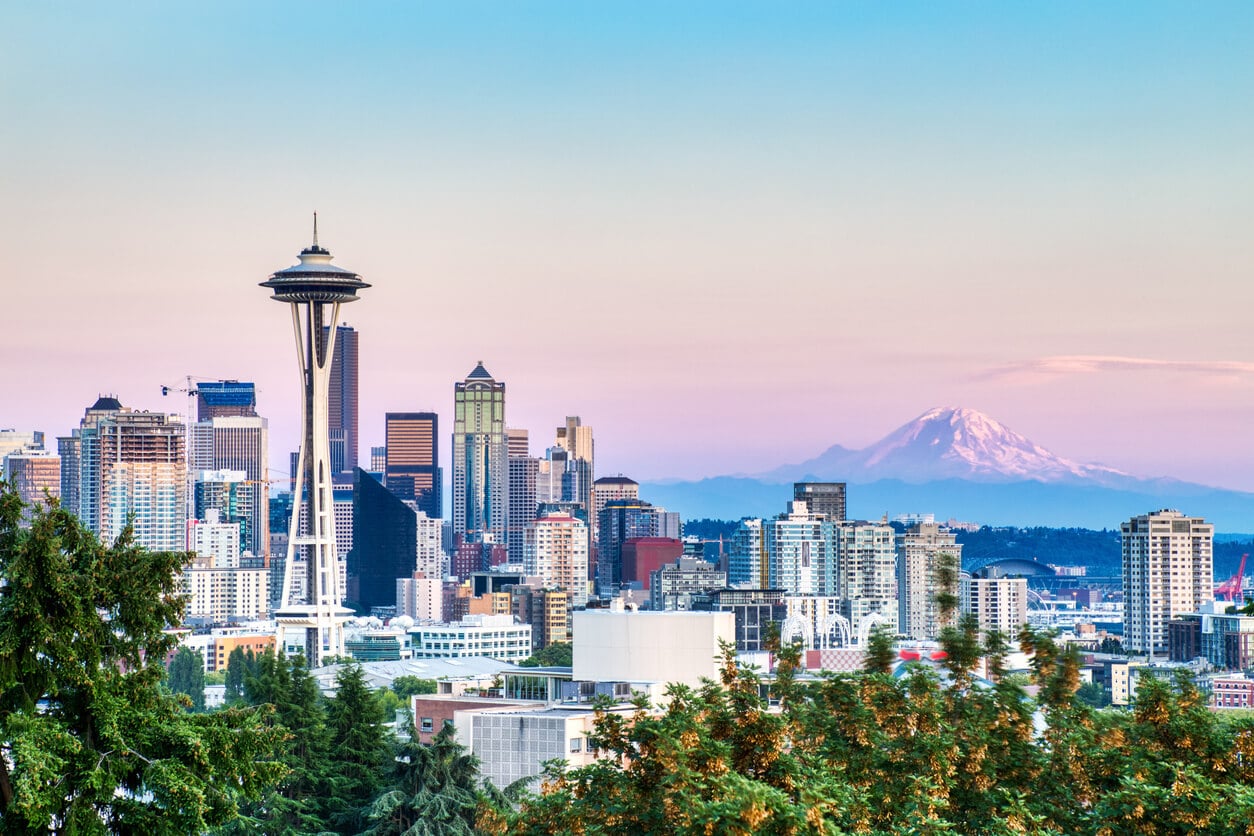 On January 1, 2021, a new law went into effect in the city of Seattle that will raise taxes on businesses with employees who make $150,000 or more per year. Fair enough. But now the state of Washington is considering enacting a similar tax, potentially creating a new double-dip tax burden on high-earning companies from both state and local governments that are suddenly keen on the idea of charging the same tax twice.

Seattle is not just any usual American city. Amazon has its headquarters in Seattle, and Microsoft is headquartered right across Lake Washington in Redmond, WA. These tech companies are getting richer while Main Street is struggling, and it is understandable that lawmakers would want to spread the tax burden as fairly as possible.

But the double-whammy of almost the exact same tax, on both a local and state level, could set a precarious precedent for the rest of the country. Cities and states across America are dealing with sudden huge deficits as a rash of business closures and the decimation of travel and tourism have wiped out tax revenue. Governments may turn to tax hikes—or in this case duplicate tax hikes—in a test case in Seattle that could be enacted elsewhere in the nation.

The Pacific northwest news nonprofit Crosscut explains the Seattle payroll tax, which passed in July, nicknamed Jumpstart Seattle by the city council that passed it. The tax only applies to companies that pay more than $7 million in payroll every year, and companies only pay the tax on each employee who makes $150,000 or more a year.

“The vast majority of Seattle businesses will not be subject to the tax because the ordinance excludes businesses with less than $7 million of annual Seattle payroll and does not place an assessment on salaries under $150,000,” Seattle City Council said in a press release. “This carefully crafted revenue proposal is thoughtful in its requirement that only the largest companies with the highest salaries pay the tax, and it ensures predictability for businesses if there is a regional or state payroll assessment in the future.”

The tax rate gets even higher for companies that pay out more than $1 billion in annual payroll or have employees who make more than $400,000 a year. As Crosscut points out, that is “language that appears tailored to apply to Amazon.”

The Jumpstart Seattle tax doesn’t just apply to businesses with headquarters located in Seattle but also any business that has employees who work in Seattle. It is no coincidence that Google, Facebook, and Apple all happen to have offices in Seattle.

And it is also probably no coincidence that the Washington statehouse took a look at the idea and decided that they might want to do the same thing.

The state of Washington is facing a $3.3 billion deficit over the next 2 years, just like many states across the country that have far fewer tax dollars coming in compared to previous years while also facing increased demands on safety net programs like unemployment benefits amidst the COVID-19 recession.

Hence the Washington state tax, which is extremely similar to the JumpStart Seattle tax but a little less costly toward the businesses in which it is levied. The state version only taxes the portion of the employee’s salary above and beyond the $150,000, not the entire annual salary. And we should note that this is a proposed bill that has not yet passed and could be altered in further committee proceedings as it makes its way through the statehouse.

For instance, one Washington state senator told Crosscut that the legislature may need to “carve out Seattle” from the new tax, not enacting it in that city since it would already be in effect. But that idea may not get too far in the state legislature because doing so would take out their likely largest source of revenue from the tax. Seattle is where big, profitable corporations like Amazon, Starbucks, and Expedia are based, and that’s where most of the state’s high earners are.

Washington lawmakers are only beginning to discuss their state version of the tax. The Seattle payroll tax payments are not actually due until January 31, 2022, and the Seattle Metropolitan Chamber of Commerce is suing to block the tax. So a lot can still change on the Washington high-earner payroll tax increase.

But this is a sign that lawmakers are getting creative in a time of pandemic-related budget deficits. Certain tech companies are making record profits specifically because pandemic remote work requires their products, while states have to implement relief packages for their many constituents who are not essential workers and do not have remote-work jobs.

This particular tax is geared toward large corporations, not small businesses, and targets companies that pay out big salaries and stock options. But when duplicate taxes at both the state and local level become law, don’t be surprised if the double-dips start to trickle down to small business taxes, too.