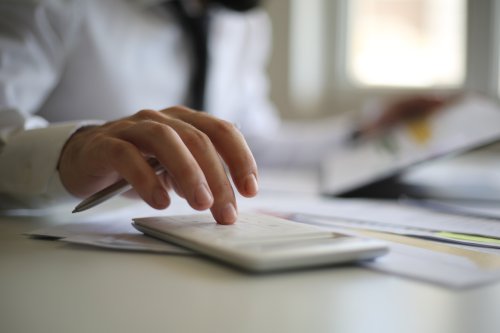 There are several methods to calculating depreciation, and business owners often want to find what works best for them—accuracy, convenience, tax-friendly. While the straight-line method might be easy, it doesn’t take into consideration how cared-for an asset is and how much work it performs. An item that is used constantly and rarely cared for won’t last as long (and will have a lower value) than a well-cared-for item or rarely-used asset.

What Is the Units of Production Depreciation Method?

With the units of production depreciation method, an asset’s value is based on how much it is used—or the number of units it has produced. This method is often used for manufacturing equipment that wears down over time as it produces more products.

This depreciation method is popular in production-oriented industries because it can fluctuate based on machine demand for that year. For example, if a company works overtime to fill orders 1 year but then has downtime during another year, the depreciation amount is different because the assets were used less and therefore retained more of its useful life—value.

How to Calculate the Units of Production Depreciation Method

Start by calculating the Units of Production Rate (UPR):

Naturally, this calculation is an estimate. You can’t predict how long an asset will last (especially machinery) and the number of units it will produce—but you can make an educated guess based on the IRS value expectancy and the production rate of similar assets.

Once you have the UPR, multiply it by the number of actual units produced for that current year.

Let’s use the example of a baker who makes doughnuts with a specialized machine. This is what the formula might look like.

Once you have the base formula for calculating units of production depreciation, you can estimate how much you lost in assets each year with relative ease.

Pros and Cons of this Method

The units of production method also can’t be used for every piece of equipment. Not all assets can be tracked by what they produce. (You wouldn’t base the value of a computer on the number of emails it has sent or the total PowerPoint presentations it has created.) This means you could end up using multiple depreciation formulas for various assets internally, as well.

Finally, the units of production method isn’t predictable. You can’t easily estimate how your assets will change until you close your books and look at the number of units you produced. Your depreciation rates could fluctuate over time.

While all of these cons are significant, many manufacturers still prefer this method of accounting for depreciation because the value of an asset is directly tied to production. Teams can track an asset’s value over time to get a clearer idea of how long it should remain functional. This allows them to budget for replacements if an item is wearing out or schedule maintenance after a certain number of units is produced.

Learn More About Depreciation and Bookkeeping

As you set up your accounts for your small business, consider the various options at your disposal for calculating depreciation. Using the units of production method might be ideal if you work in manufacturing, but it likely isn’t the only model you should use.

Learn more about depreciation through the resources provided by Lendio so you can feel more informed about your accounting practices and take steps to secure the financial future of your business.

Your business future is brighter with Lendio Bookkeeping.
Get Started