To some degree, all business owners come prepared to take a chance – it’s an inherent part of owning any business, big or small. Whether it’s expanding your product line, hiring a new employee, or even changing up your logo design, every decision brings chances for upward growth or damage and decline. Your ability to weigh the pros and cons of these chances can be the difference between your company’s success or failure.

“Sometimes you have to take chances and believe that in doing so, you’ll see your return on your investment,” says Natasha Funderburk, owner of activewear brand, Harper & Sky. “The key is putting your capital to work in the right places.

Business owners between the ages of 18 to 34 took more risks when starting out than older owners. And retrospectively, they wish they had taken more risk to grow their business. On the other hand, business owners 45 years or older say they played it safe and are reticent to say that taking risks leads to “a lot” of growth.

The young also tend to have a more positive outlook on taking on debt to fund their businesses, believing it can lead to “a lot” of growth down the line. And despite assumptions that young owners struggle to find funding, 18% of all Lendio loan applications and 12% of total borrowers come from business owners ages 18 to 34.

The gusto of new business owners can be seen in their demand for loans as well. The average loan request on Lendio’s platform for an owner with less than 5 years in business is $80,056, versus $68,770 for more experienced owners.

From taking chances when starting their companies to their outlook on business debt, male business owners were more inclined than women to take risks in every category surveyed. When seeking loans for their businesses, men on average request $15,100 more in funding than women owners. And while men request higher amounts, the percentage of the amount requested to the amount funded in both genders is equal.

Those with Lower Incomes

Turns out that income also plays a big part in the chances a business owner is willing to take. Those who make $30,000 a year or less took more risk when starting their businesses. They also have a better outlook on the benefits of taking those chances with 62% of lower earning business owners believing that more risk would have grown their business faster. The same is true for only 46% of owners earning $30,000 or more.

In terms of funding, owners making less than $30,000 a year take $3,000 more in loans on average than their higher-earning counterparts.

Out of all relationship statuses, those who identified themselves as engaged were the riskiest, with 64% of engaged owners taking a lot of risks when starting out, versus 40% of those in other relationship statuses. Perhaps the thought of settling down makes them want to take more chances; out of all the demographics polled, the engaged are the most consistently risky.

While these five groups may be more likely, all business owners to some degree are willing to take risks. Their willingness to do so is what drives America’s economy and employs over half of the country’s workforce. Today, National Take A Chance Day, Lendio celebrates these business owners brave enough to take a chance. 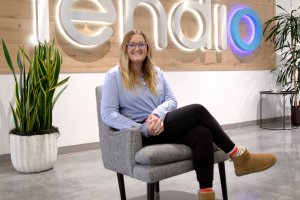