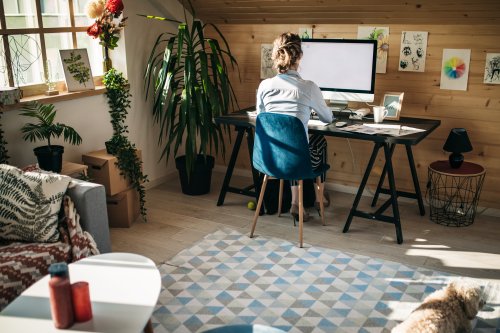 The new year is bringing new headaches to California freelancers and the companies that hire them. A new state law called AB 5 went into effect January 1, 2020, and turned the gig economy upside-down by requiring businesses to hire gig workers as employees rather than independent contractors.

The law was intended to give employee rights to Uber and Lyft drivers, Postmates and DoorDash deliverers, and legions of other gig workers across the state. (Uber continues to argue that the law does not apply to them, though tellingly, has also contributed significantly to a $90 million campaign to strike the law down with a statewide ballot measure.)

Under AB 5, these gig workers must be made employees with minimum wage protections, paid sick leave and family leave, workers’ compensation, unemployment insurance, and the right to reimbursement for expenses. Their “new” employers would also be required to pay half of the employees’ Social Security and Medicare taxes.

AB 5 Layoffs in the Freelance Market

But AB 5 also impacts more than a million freelancers and side hustlers across a variety of other industries, including entertainment, publishing, trucking, and even dog-walking. These independent contractors could find themselves out of work, confronted with overwhelming restrictions and regulations, or forced into the difficult, costly process of forming an LLC or S-corp.

California businesses that rely on the contributions of freelancers will see their current business models shattered and will need to adapt quickly. Small businesses are hit the hardest by employment regulations, as they have limited staff and resources to cover wage requirements, insurance costs, and other unwelcome obligations.

Why AB 5 Was Passed

The AB 5 law owes its existence to a 2018 California Supreme Court ruling known as the Dynamex Decision, which created new standards for when workers could be classified as employees versus when they were independent contractors. AB 5 codifies this legal ruling into state law and spells out who can be independent contractors and who can’t.

Like the Dynamex ruling, AB 5 relies on a standard called the “ABC Test” (which, ironically, does not involve the letters ‘ABC’). The ABC Test is a 3-part assessment that declares that a worker must be classified as an employee if they (A) perform tasks under company control, (B) perform work integral to the company’s core business, and (C) do not have other independent enterprises in that field.

Who Is Exempt from AB 5

AB 5 carves out some exemptions and allows continued, unfettered use of independent contractors in certain California industries. Workers in the following fields are exempt from AB 5 and can remain freelancers regardless of their volume of work:

But these workers aren’t technically exempt unless they meet a few additional criteria: they must be allowed to set their own rates, schedule their own hours, process payments themselves, get paid directly by clients, and schedule their own appointments. If they rent business space, they must have a business license and issue a Form 1099 if they rent space from any real estate office, salon, dock, or location.

At this point, California freelance writers and photographers should plan to limit themselves to 35 submissions per client, per year. There will probably be further amendments to these rules, and freelance writers have already filed a lawsuit against it.

Such proposed changes could take months or years to resolve. For the time being, California freelance photojournalists and writers should make plans to have more clients in early 2020 to make up for any losses incurred from their core clients over the new AB 5 classification.

Some other industries got hit even harder by these new California regulations. Translators, sign language interpreters, and truck owner-operators are niche professionals who face the wholesale loss of work and revenue over the bill.

How To Work Around AB 5

Some businesses and freelancers are considering a few general, all-industry exemptions to AB 5 as sort of a loophole. The bill contains a business-to-business (B2B) exemption for contractors who incorporate as a business in the form of a Limited Liability Corporation (LLC), S-corp, or other business designation for their freelance services.

This workaround isn’t easy. Incorporating your business in California comes with a minimum $800 annual tax obligation, plus several other filing and paperwork fees. You shouldn’t take this step to maintain a relationship with just one freelance client.

Incorporating also comes with extremely complicated legal and financial reporting requirements, and these are strict standards that your contract with the business must meet. Unless you happen to have bona fide expertise in these fields, consider consulting a bookkeeper. Some online bookkeeping software offers dedicated bookkeeping professionals at very affordable prices.

On top of that, there’s no guarantee that the B2B exemption will remain in place. Legal challenges are expected that could strike down the business-to-business contractor exemption.

Only one thing is for certain as California adopts AB 5, and that’s more uncertainty. Lawsuits, confusion, ballot measures, and the unpredictable status of exemptions will hinder the ability of businesses and freelancers to plan financially over the coming year. For better or worse, AB 5 represents a grand experiment that could change the course of California’s 5th-largest economy in the world.