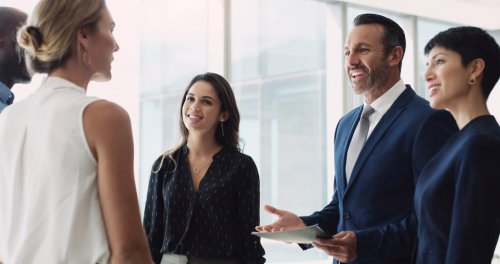 Starting a new business is exciting; finding startup funding—not so much. Perhaps the greatest obstacle to being an entrepreneur is figuring out where the money for that great new idea will come from.

Clutch recently surveyed 501 US entrepreneurs to find out where they’re getting their money and what types of challenges they’re facing in light of the pandemic’s effect on the economy. We delved into the report and also queried 3 business owners to get their views.

According to the report, over half of founders (57%) listed a personal investment as their first source of capital within the first 3 months of starting a business.

Almost 1 in 4 founders (22%) received a loan from family members or friends. One reason this percentage isn’t higher: 64% of startup founders say they’re uncomfortable asking family and friends for a business loan. And that makes sense. If the business fails, who wants to bankrupt their retired parents? But if you choose this route, Clutch recommends that you determine the specific amount you want, pitch them the same as you would a bank or VC, and set clear terms for the loan or investment.

Funding Is a Challenge for Some, But Not All

Within the first 6 months, 69% of respondents reported that they were able to adequately finance their businesses.

In addition, 12% of startup founders secured a bank loan after 3 months. Lending marketplaces like Lendio can find startup loans, business lines of credit, short term loans, and business financing—even if your business is new.

“Over the past 20 years, we’ve helped over 500,000 entrepreneurs and business owners start, grow, and exit their companies with an emphasis on business planning and capital raising,” says Dave Lavinsky, president and cofounder of Los Angeles-based Growthink, which helps privately-held companies raise capital for growth and shareholder liquidity. “Credit cards, business loans, and lines of credit historically account for 75% of funding for new companies.”

He says that these sources of funding are popular since they are widely available and relatively easy to access.

However, Lavinsky says he’s also observing an increase in small business owners raising startup funding from angel investors. “While credit cards and bank loan interest must often be paid back monthly, angel investors have longer investment horizons.” He says they provide funds knowing that they won’t see a return of several years. “With today’s tumultuous stock market and economic uncertainty, such long-term investments make more sense to them—and this is benefitting small businesses in search of capital.”

Although the vast majority (73%) of startup founders stated that they were never denied access to capital, entrepreneurs from marginalized groups (e.g., women, non-binary, and BIPOC) aren’t as fortunate. White male founders who have a college degree represent the bulk of venture funding, and only 1% are Black.

So, how popular are VC investments? According to Navin Goyal, MD, cofounder and CEO of LOUD Capital, a venture capital/alternative asset management fund based out of Columbus, OH, they’re quite popular. “Within the US, VC investments to US-based VC-backed companies hit a 7-quarter high in Q3’20 at $36.5B, up 22% year-over-year (YoY) and 30% from Q2’20.”

However, deals are still down 11% YoY as a result of the pandemic, even though deal activities have shown small increases each quarter this year.

“The pace of new investments did slow to 71% of normal in the first half of 2020—that figure included the initial weeks of paralysis,” Goyal explains. “For the second half, VCs say they expect the pace to be over 80%.” That’s good news, and he says it’s a lot better than in the last 2 recessions. “After the dot-com crash of 2000, VC investments fell to 50% of normal; in the Great Recession of 2008, they fell to 70%.”

And mega-rounds are doing exceptionally well. “Mega-rounds drive funding gains as 88 US-based companies raise rounds worth $100M or more in Q3’20, surpassing the record set in Q2’20.” In fact, he says that mega-round deal share rises to 54% of total funding.

Global funding is also consistently strong. “Following a strong second quarter in global funding, the third quarter of 2020 has held up with $76.4 billion in venture funding worldwide—up 1% quarter over quarter and 9% year over year,” Goyal says.

Some areas are receiving more funding than others. For example, in healthcare, apps, payment, education, and gaming, Goyal says there was an increased investment between Q1 and Q3 2020 compared to the same period in 2019. “Quarter over quarter—when excluding sectors that only showed growth due to a dip in Q2—there has been increased funding for commerce and shopping, manufacturing, sports, gaming, agriculture and farming, and clothing and apparel sectors.

Tiffany Willson, cofounder and CEO of Roomhints, a marketplace for finding sustainable home design and remodeling professionals, shares her entrepreneurial experience. “Our company is located in Denver—we moved here from San Francisco in late 2019—and the startup scene here has been on the rise.”

She says that Colorado’s startup ecosystem has also been growing from within. “Local companies are raising billions in venture capital and seeing large exits.” According to Crunchbase data, 2018 saw the most venture capital investment into Colorado-based startups in the past 5 years, with about $2.4 billion invested across 401 deals.