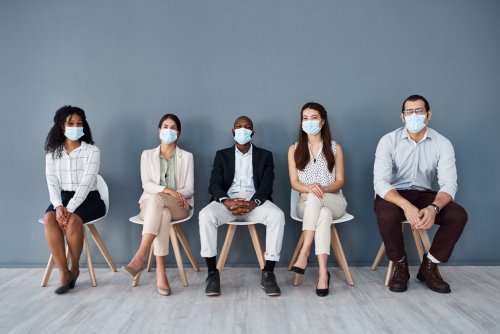 Everything an Employer Should Know About Unemployment

At the start of the COVID-19 pandemic, unemployment rates skyrocketed as businesses closed in response to government lockdowns. In February 2020, there were 6.2 million unemployed Americans, which shot up to 20.5 million by April.

While unemployment rates have improved as some businesses reopened, many employers are still learning about unemployment insurance and what it means to pay into state unemployment systems. Use this guide as a primer to ensure that your business is covered and able to provide benefits.

Who Pays Into Unemployment Insurance?

According to Manuel Alcalá Kovalski and Louise Sheiner at the Brookings Institute, unemployment insurance is funded by taxes on employers. This includes state taxes and the Federal Unemployment Tax Act (FUTA), which is 6% of the first $7,000 of an employee’s wages.

Employers are eligible for an offset credit of 5.4% on their taxes for paying into FUTA. Alcalá Kovalski and Sheiner use the example that a business could pay as little as $42 into unemployment for an employee earning $7,000–$34,000.

It’s also common for states to adjust tax rates based on organizational behavior. “The more employee claims an employer has had to pay out, the higher their tax rate,” the team at Eligibility.com reports. “To avoid this, employers are encouraged to engage in strong human resource practices and avoid laying off employees. This offers employers an incentive for avoiding laying off workers and cutting positions.”

This stipulation is why so many companies avoided laying off workers at the start of the pandemic, instead preferring to cut back on worker hours or issuing temporary furloughs where team members weren’t paid but also weren’t laid off. State governments want to discourage companies from laying off workers—which would create additional burdens on social services.

As a small business owner, you should be set if you pay into FUTA, pay your state unemployment taxes, and avoid excessive layoffs.

The amount and duration of unemployment benefits vary by state. Part of this has to do with the reasons listed above (a state that collects low unemployment taxes likely won’t have the funds to pay it out in high levels), but it also connects to the basic cost of living.

For example, living in Alabama is typically more affordable than living in California. Residents in the latter state need more income to cover rent, gas, insurance, groceries, and other costs of living. As a rule of thumb, most states will cover half of the weekly earnings of average residents for anywhere from 12 to 26 weeks.

The team at Saving to Invest shared a chart with the maximum weekly unemployment insurance benefits that residents can receive by state. To get an idea of how widely unemployment pay varies:

While the cost of living differential between Minnesota and Tennessee might or might not be dramatic, the state government in Minnesota has decided nonetheless to provide a larger safety net for residents as they look for work.

During the COVID-19 pandemic, the federal government gave unemployed Americans an additional $600 per week to cover lost wages.

Furthermore, some states will deny unemployment if an employee is fired for misconduct. The goal of these limitations is to prevent abuse of the system while prioritizing unemployed workers who need money the most.

Additionally, some states have requirements for the amount of time that employees need to work or the amount they need to earn before they qualify for unemployment.

Once you know how much to set aside for federal and state unemployment insurance, you can learn to allocate those funds in your books and forecast tax costs for future months and quarters.

One of the best ways to prevent yourself from getting blindsided by taxes: keep a clear record of your expenses, including your salaries and historic tax rates. Consider using an app like Lendio’s software, which is free for small business owners, to keep your ledgers organized and prepare for upcoming tax costs in the new year.

Bookkeeping not your jam? Outsource it to the professionals. Lendio provides professional bookkeeping services to take one more thing off your plate.
Learn More

The information provided in this post does not, and is not intended to, constitute tax advice; instead, all information, content, and materials available in this post are for general informational purposes only. Readers of this post should contact their tax professional to obtain advice with respect to any particular tax matter.